The American Legion of Chenango County to Celebrate Centennial

The American Legion is turning 100, and the American Legion Post 876 is hosting a birthday celebration for the County Legion with a Centennial dinner on Tuesday, March 12, starting at 6:30 p.m. There will be food, unique décor, historic photos, sounds of the 1920's, and displays, and of course a special birthday cake for members and guests to enjoy! 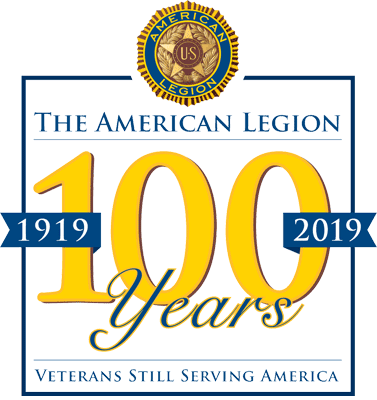 The American Legion organization, as a whole, traces its roots to March 15-17, 1919, in Paris, France, in the aftermath of World War I. It quickly became an influential force at the national, state and local levels. Some of their most notable accomplishments include helping start the Veterans Administration and establishing the GI Bill.

Commander Bill Olsen, the CCAL Commander and Joy Lawrence, the CCAL President, jointly invite members of the American Legion, Auxiliary (ALA), Sons of the Legion (SAL), and Riders of Chenango County, otherwise known as the "Legion Family", to this birthday dinner and to celebrate at Post 876. In keeping with the centennial theme, all Post and Unit Historians are asked to bring in historic photos of their posts for a display. Recorded music from the WWI era to the Jazz age will be played to set the mood.

In addition to this historic "look back", the Oxford Historical Society will have a display of their collection of WWI and other military uniforms and accessories.

©The American Legion of Chenango County, NY
Designed and maintained by Woollybearweb